Effluent, a broader terminology used for all types of wastewaters including discharge from a wastewater plant. Wastewater is basically a type of water having some dangerous chemicals that can alter the chemical, physical and biological form of natural water and make it unfit for casual usage such as drinking and agriculture purpose (Amoatey & Bani 2011). Effluent Treatment Plant is very useful in today’s ERA

Historical background of wastewater treatment shows that it was initially started due to experiencing adverse impacts of harmful additives on environment and human health. Hence scientists introduced some general techniques through which they became able to treat waste or contaminated water (Rajasulochana & Preethy 2016). The general treatment process mainly consists of following steps.

Wastewater from all these mentioned sources is being collected through various transfer modes i.e. carriages or trucks from some remote areas, collection from industries or storm water retention tanks.

The methods help to transfer wastewater to treatment plant where rest of the treatment process is being conducted (Deblonde et al., 2011; Manasa & Mehta 2020). Furthermore effluents from industries that are being processed in effluent treatment plants (ETP) are carried through storm water retention tanks and are also treated on-site.

The bars are made up to stainless steel to avoid corrosion and are placed at equal distance of around 3 – 8 mm. At this step, objects of size ranging up to 3 – 8 mm can be crossed depending upon the distance of bars. Grit chambers are designed to remove granular minerals and promote higher sedimentation. It protects pipe or cleaning chambers from sand sedimentation and lowers the activity of extensive cleaning of tanks and digesters.

Moreover in mechanical treatment, the velocity of effluents is reduced to allow higher rate of settling of sand and silt (Zabava et al., 2016). As effluents are composed of various materials including organic, inorganic and physical objects, hence primary treatment is also being designed accordingly. Another treatment process named as grease traps is designed to separate fats, oils and grease (FOG) present in wastewater. Water is than passed through primary clarifier where further settling of remaining suspended particles takes place.

Commonly biological treatment is being carried out with the help of bacteria or protozoa to produce activated sludge (Hung et al., 2012; Drewnowski et al., 2019). In the Activated Sludge Plant (ASP) bacteria secrete adhesive substances that cover the smaller particles present in sewage.

The particles stick together and form the flocks of gel-like material (Ahanasazan et al., 2014). Activated sludge is further being treated in two major processes named as aeration basin and secondary clarifier (Wanner & Torregrossa 2017). Aeration basin allows the thorough mixing of air (either surface or in the form of bubbles) to allow growth of microbes which is ultimately responsible for aerobic treatment (Herrmann-Heber et al., 2020). While secondary clarifiers are used for the separation of activated sludge from biologically treated water. So with Effluent Treatment Plant water will get treated and reusable water will be separated

In this step effluents are being separated treated water is being collected with up to 84% treatment of organic influents and suspended solids.

After passing through secondary clarifier return activated sludge (RAS) is than sent back to aeration tank where it can get mixed with effluents being received from primary treatment plant (Van Dijk et al., 2018). During biological treatment flow rate of effluents, pH and temperature are considered as major parameters. If temperature and pH will not kept at their optimum situation it will effect the growth of bacteria and ultimately effects aerobic degradation of effluents (Wanner & Torregrossa 2017).

After passing through secondary clarifier, effluents are transferred into effluent line for disinfection process. Disinfection is generally carried out by the process of chlorination and ozonation. Chlorination is currently one of the most practiced techniques to treat wastewater from industries. In this process biological remains i.e. bacteria from secondary treatment are removed and the treated water is disinfected which can be discharged for commercial usage or into water bodies (Li et al., 2019). Waste water Plant very necessary now a days such as Effluent Treatment Plant

One of the drawbacks of chlorination is production of by-products in the form of halogens that can affect biota present in lakes or river where treated water is being discharged (Kozari et al., 2020).

The treated effluents from primary and secondary treatment are present in liquid form with around 60 – 90% of water (Cano et al., 2015).

Sludge thickening is a physical process that is used to treat and condense sludge to make it suitable for processing in digester (Abd El-Shafi et al., 2019). To separate sludge from treated water a gravity thickener is used in which water is kept for at-least 24 hours. The sludge present in effluent water settles down and separated water is sent back to primary clarifier. Gravity thickener commonly works on the principles of fluid dynamics and allows settling of sludge at bottom of device.

Another process known as flocculation is also used in this step. In this process sludge is dewatered by the addition of flocculants. These flocculants can be organic material or inorganic material. In this process the added chemical will make flocs of sludge that will later settle down and can be transported as sludge for further treatment (Wei et al., 2018) flocculation also makes water clearer and is sent to primary clarifier for further treatment.

The final step of effluent treatment is dewatering of sludge. This process is also termed as physiochemical process due to involvement of both chemical and physical process. As sludge from digesters will contain some water that can make it difficult to be handled, hence dewatering of sludge is being performed through various ways.

Dewatering also helps to reduce amount of sludge which will help in reducing the amount of produced sludge, its transport and dispose-off in landfills.

However treatment of sludge for dewatering can be proved to be a difficult process due to its heterogeneous colloidal system. In this system smaller size particles forms stable suspension which becomes difficult to be separated with the help of merely physical methods such as applying pressure. Hence for this purpose flocculation, coagulation, chemical treatment, thermal and magnetic treatment processes are being practiced. In majority of ETPs dewatering is being performed with the help of chemical process added by high pressure which cumulatively removes all excessive water from sludge and make it ready to be transported and added in landfills (Cao et al., 2021).

Currently the monitoring of plant is being done by collecting real-time data of water quality (i.e. concentration of ions) with the help of various kinds of sensors via Internet of things (IoT) platform (Su et al., 2020). The wireless sensors are proved to be highly adopting techniques to monitor an effluent or WWTP. It has ability to improve every kind of system including traditional and current treatment processes by monitoring devices and water quality is being treated (Martínez et al., 2020).

Su et al., (2020) conducted a research based on IoT sensors application on a smart WWTP installed on 1000 – pig farm

A well-versed experience in the field of IT with more than 13+ years of expertise in DevOps Consulting, Quality Assurance, Project Management & Outsourcing and predominantly focusing on customer relationships, negotiations, estimations, contact partners, market research and helping small business owners and young entrepreneurs to reach their next level. 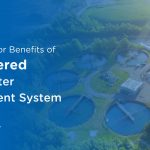 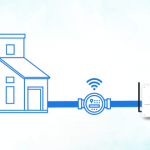 8 Benefits of Using the SCADA System in IoT 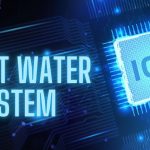 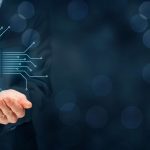